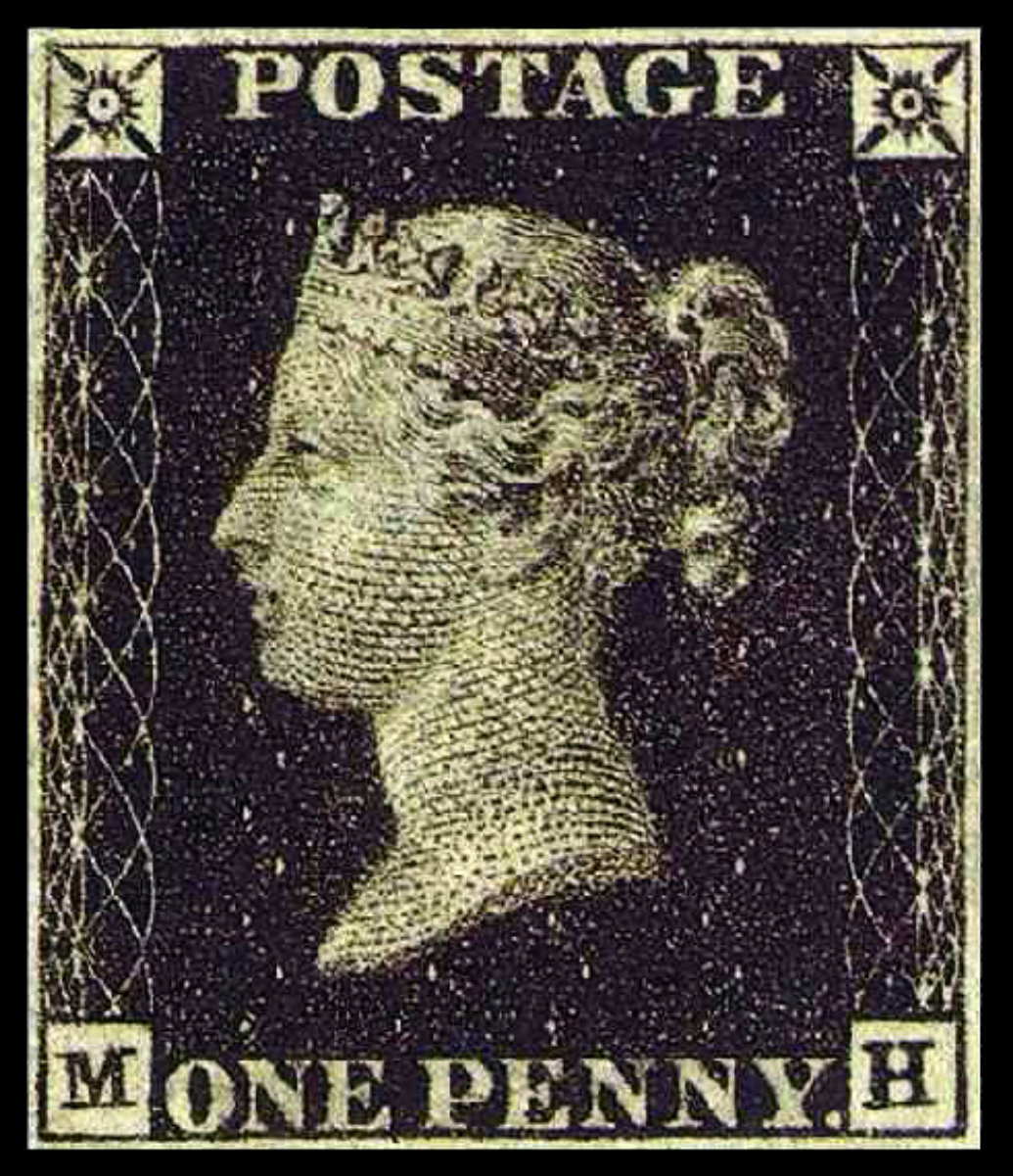 On May 6, 1840, the first postage stamp, popularly known as the “Black Penny”, was officially issued in England.

The background of its creation is as follows. Rowland Hill, secretary of the Society for the Colonization of South Australia, drew attention to the imperfection of the then British postal system, as well as the fact that because of this, few people use it, and the Royal Mail loses a large amount of money. According to the rules in force at that time, the recipient paid for the letter, and the price depended on too many factors, was unpredictable and high, so poor Englishmen preferred to send letters with an opportunity.

Mr. Hill drew up a draft of postal reform, the essence of which was the introduction of a single postal fee: four pence for each letter, regardless of weight, appearance and distance, and the sender paid for the services of the mail. The new rules required a universal postage stamp. They decided to make stamps that were previously used on documents as proof of payment of taxes. Now these small squares have become evidence of the introduction of an almost modern mail forwarding system.

It took several years to get the reform through parliament, and on May 6, 1840, the world’s first postage stamps went on sale. They featured the profile of Queen Victoria on a black background, cost one penny, and so quickly gained the nickname “The Black Penny”. Just two days later, similar blue twopence stamps appeared in everyday use – “blue twopence” – but they did not earn such fame and symbolism. At the same time, by the way, the first postmarked envelopes were invented, but they were not in demand – people, out of economy, glued stamps directly on rolled-up letters.

Postal reform and the introduction of stamps contributed to the growth of postal service in England (from 75 million letters in 1839 to 168 million in 1840), easier handling of mail and easier payment for them. Rowland Hill was accepted into the postal service and rose to become General Secretary of the English Postmaster General. In London, a monument to him is erected, and Hill himself is buried in Westminster Abbey next to the inventor of the steam engine, James Watt.

“Black Penny” was also the beginning of philately-stamp collecting began, of course, with it. This stamp is not a rarity among professional philatelists – quite a lot of them have been preserved.